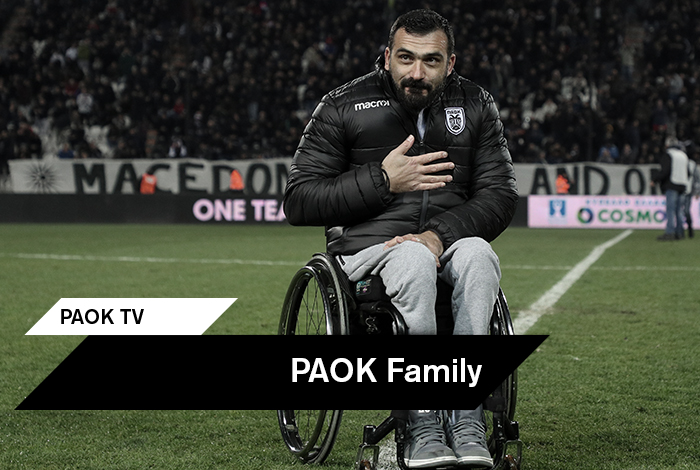 During half-time of the Greek Cup quarter-final encounter between PAOK and Panionios, Toumba welcomed several members of the “Double-Headed Eagle” broader family who recently achieved important triumphs for the club.

Gremislav Moysiadis was the first to enter the pitch. The paralympic athlete earned second place in the Fazza World Para Powerlifting championship in Dubai, in the 80kg. category with a mark of 189 kg. Gremis is making a considerable effort to qualify for the 2020 Paralympic Games of Tokyo, with the support of PAOK FC and PAOK TV.

The girls of PAOK’s handball team were next. They lifted the Greek Cup, the 4th consecutive trophy in their history and are now focusing on completing the domestic double.

The Toumba faithful acclaimed also the senior and youth sections of PAOK wrestling, who won the Greek league title for a third straight year.

Log in the club’s official YouTube channel to get our team’s latest news with picture and sound.

The social sensitivity of PAOK and Ivan Savvidis