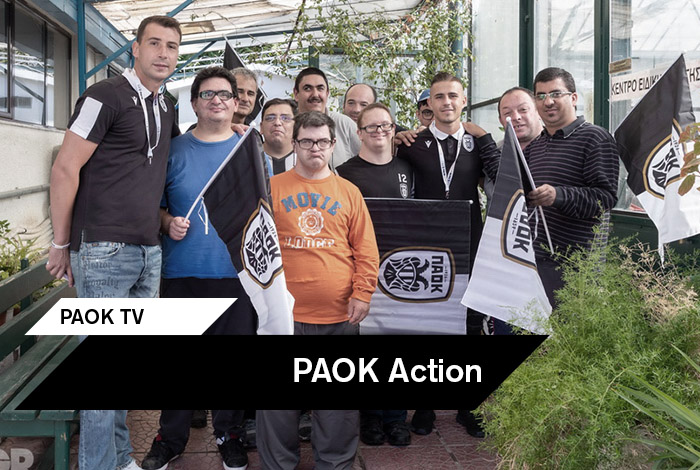 Through PAOK Action and the “Blessed Fasting” organisation, PAOK FC players helped give members of the Thessaloniki Special Education Center a day to remember.

PAOK has long since transcended the stereotypical term of a simple “football team”. On a daily basis the club proves that football is simply a chance to be part of a bigger mission. And that’s why we continuously look for opportunities to support and help people who really need it. After all, sport is all about respect for human rights, and of course, social solidarity.

In the latest of one of many activities driven by PAOK Action, PAOK aces Dimitris Pelkas and Zivko Zivkovic visited young and old members of the Thessaloniki Special Education Center on Monday, October 14, and shared some gifts, as well as plenty of joy and smiles.

After having a guided tour of the facility and posing for photographs, the two PAOK players played some football with the guests, and also enjoyed some healthy snacks with the children prepared by the “Blessed Fasting” organization.

PAOK FC and PAOK Action actively support the I.D.AN.IKA campaign and invites you to join the cause by completing the Individual Support Statement at www.idanika.gr.

View pictures and video from the event and subscribe to PAOK’s official YouTube channel to be first to get all the latest team news and audiovisual content.