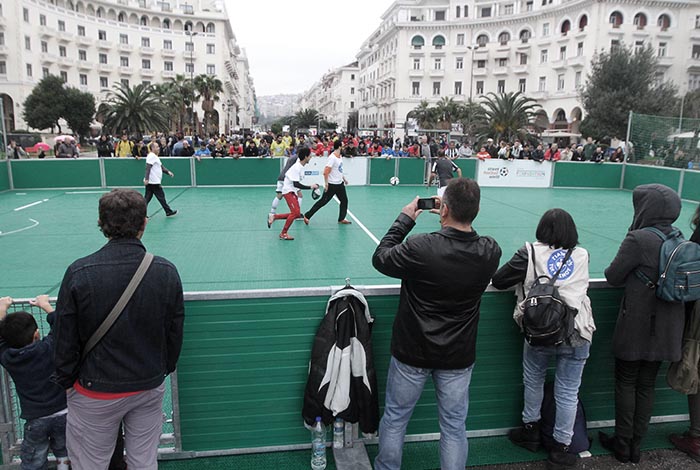 PAOK veterans tackled proverty and social exclusion by participating in the football tournament organized by initiative “Goal against Poverty” and street magazine “Schedia”.

Players who have served PAOK in their 90-year old history continue to participate actively and support the club’s initiatives of social responsibility. On Saturday, they gathered in Aristotelous Square for the “Goal against Poverty” tournament.

Dimitris Mitoglou, Kostas Malioufas, Kyriakos Alexandridis, Michalis Iordanidis and Giorgos Toursounidis put on their football boots and proved that they still got it! They face the Médecins du Monde team and put on a spectacular show for the crowd in the packed square.

Greek Homeless Football Team, a team of refugees residing in Vasilika Thessaloniki and other sides also participated in the event.