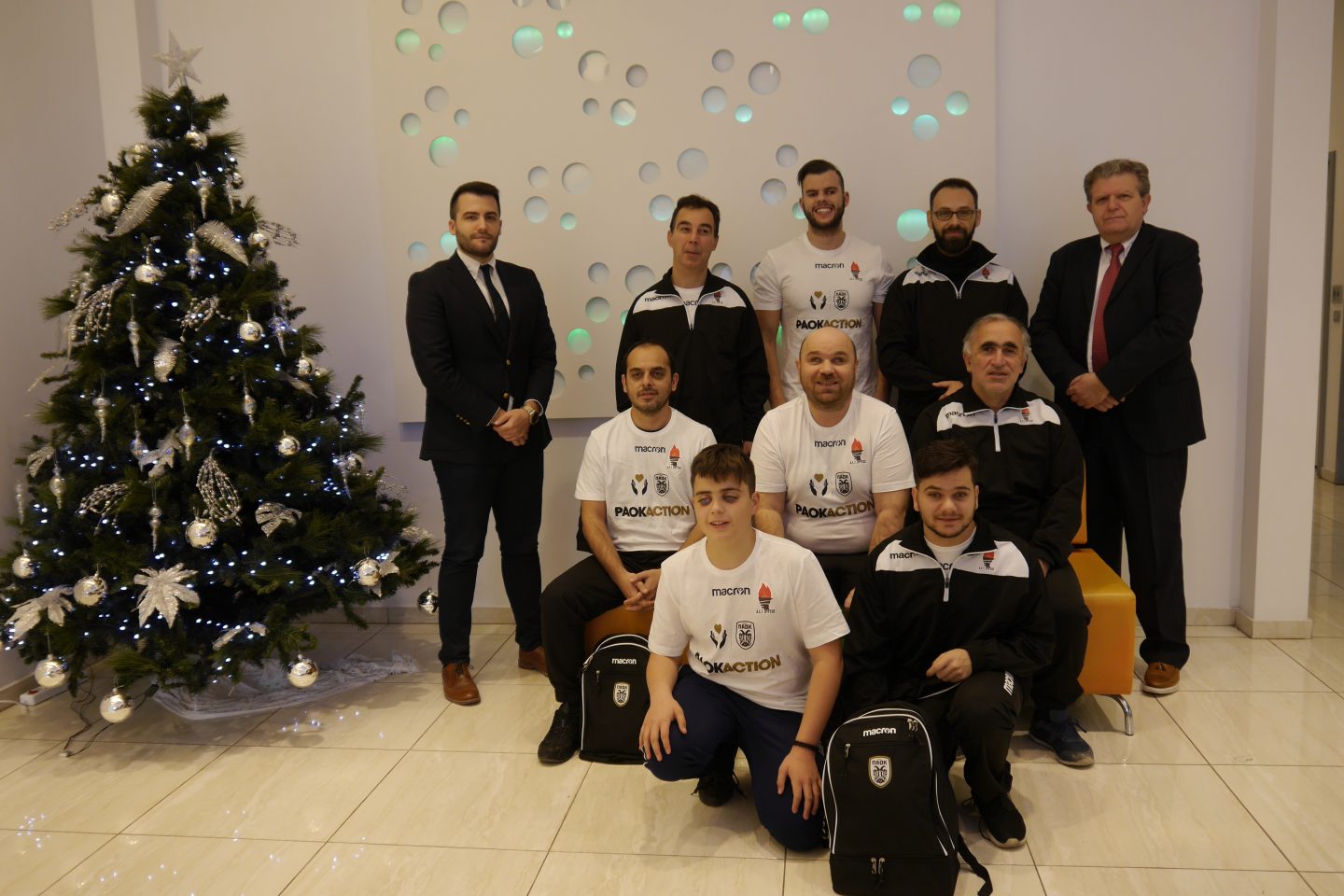 PAOK FC, through PAOK Action, and “BIOIATRIKI” –a sponsor of the “Double-Headed Eagle”- have joined forces and support “PYRSOS”, a football team of blind people.

Μembers of PYRSOS team paid a visit to the Diagnostic Centre of ΒΙΟΙΑΤRIKI (V. Olgas 154, Thessaloniki). They were welcomed by the administration and the employees of the company. They discussed about all the team activities in Greece and abroad and were asked about the needs of the team in order to keep at the highest level.

PYRSOS team have already participated in many international football tournaments and have recorded considerable success. Next up, the International Tournament to be held in Brno, Czech Republic in May 2019. We are all by your side!

It’s going to be raining teddy bears at the Toumba